Screenwriter and director Petra Volpe studied at the Film Academy Konrad Wolf in Potsdam Babelsberg, Germany. During her studies she wrote and directed several award winning short films. Since completing her diploma in 2003 she has worked as an independent writer and director writing and directing three prime time Television movies. Petra Volpe’s feature film debut «Dreamland» opened in Swiss cinemas after a successful festival carreer in spring 2014 and was nominated for four Swiss Film awards. Volpe wrote the screenplay for „Heidi“ the internationally most successfull Swiss Film of all times. Her second feature film «The Divine Order» was the Swiss entry for the Accademy Awards 2017, it recorded more than 350,000 viewers in Switzerland and was sold in over 30 countries. The film had its international premiere at the Tribeca Filmfestival 2017 and won three awards: The Nora Ephron Prize, Prize for Best Actress in an International film and the Audience Award. Petra Volpe lives in Berlin and New York. She is represented by WME, Los Angeles: Holly Jeter, Mira Yong and Jordan Cerf. Manager: Cora Olson, MGMT. 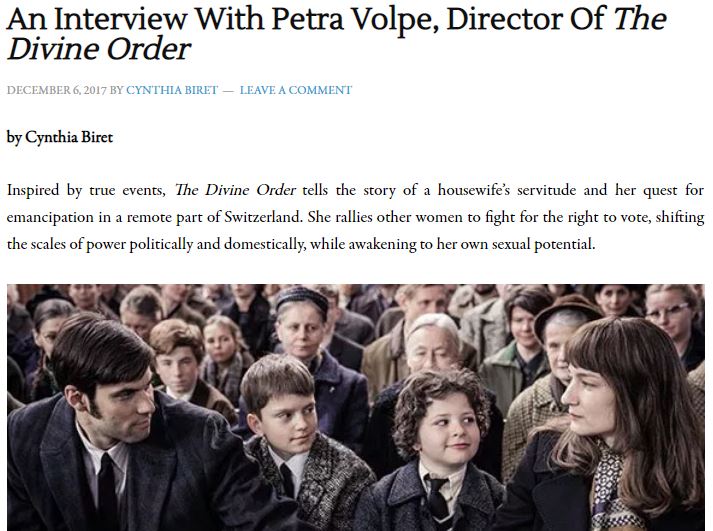